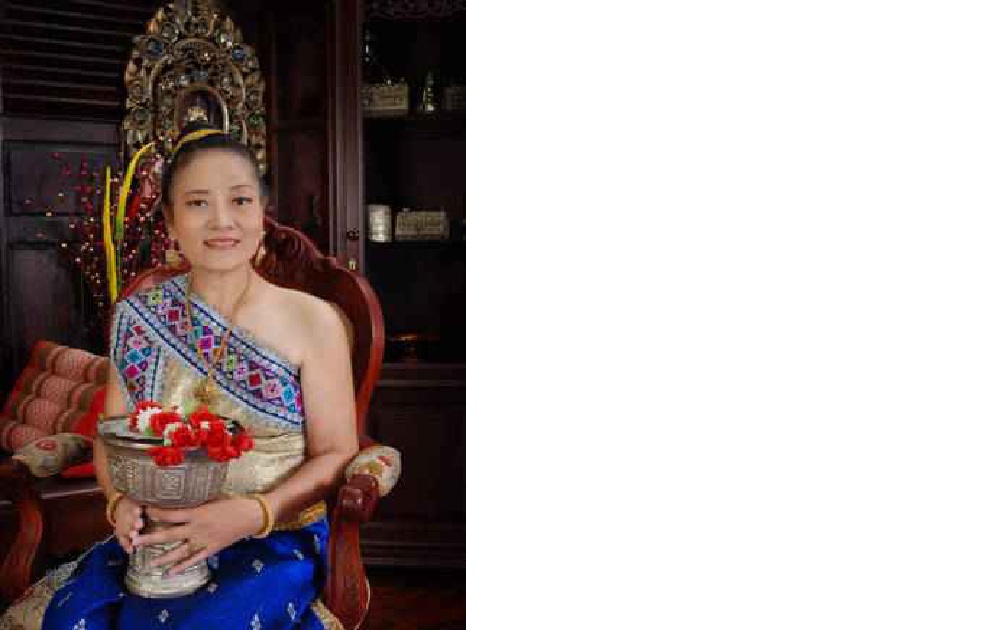 ERLINDA GARCIA BAUTISTA Class 64
At 7-months-old, I was already orphaned from a mother’s untiring love in 1947. My father entrusted me to the loving care of his parents. Am Erlinda Bituin Garcia and I graduated from the Arellano High School in 1964. During my elementary days I excelled in my studies and graduated Salutatorian from the Juan Sumulong Elementary School, Aragon Street, Sampaloc, Manila in 1960. At the Arellano High School (AHS), Teodora Alonzo Street, Sta. Cruz, Manila, I did not graduate with honors, but my grades were very satisfactory. During the first three years there (1960-1963), I belonged to the cream section. My third year there, I got sick for a month and I believed this was the reason why I got into Fourth Year, Section 2. (1963-1964). I was then a staffer of our high school organ "The Chronicler."For my elective subjects, I took up Spanish under the tutelage of Mrs. Valeriana Romero and Journalism under Ms. Minda Villanueva. During those days, I was also the president of the Home Room Fourth Year Section 2. Walking to school was fun, as I would start from my home in Felix Huertas, Sta. Cruz, Manila. I used to fetch Rosa Cruz, Nora Bacani (both already deceased and also belong to AHS Batch 1964). Afterwards, the three of us would pass through Mayhaligue Street, Sta. Cruz, to fetch up Florence Evalle (graduated as Salutatorian of AHS). This was the usual routine during the first three years of high school. We were the best of friends then.During my childhood days, my grandparents and I lived with my other aunts and uncles. It was rather hard to live those who were not my own immediate family. But that was life! I also remember the days when my grandparents and my two uncles lived at Project 3, Quezon City, with my other cousins. It was there that I used to take care of my nieces and nephews just to earn money for my transportation expenses and snack allowances. I remember one instance when I was taken to the Clinic for medication, as I got dizzy for not having breakfast before going to school. Sacrifices paid well.

Upon graduation from high school, I asked my father and my favorite uncle if I could enroll at UST for college. My dream was to take up Foreign Service and study languages, as I wanted to be a linguist. I passed the entrance test at UST, but due to financial constraints, I could not pursue my studies. I then landed at the Eulogio Rodriquez Vocational School (now Eulogio Rodriguez Institute of Science and Technology). There, I took up a one-year secretarial course and passed it with flying colors. My on-the-job-training was held in 1964-1965 at the Office of Non-Personnel Services, University of the Philippines, Diliman, Quezon City, with few allowances. I remember feeling like a normal employee when using the bundy clock like other UP employees and getting the OJT certificate needed for the E. Rodriguez Institute. Once at the second floor of the ONPS building at UP Diliman, I met General Carlos P. Romulo, the then Secretary General of the General Assembly of the United Nations. I did not know there would come a time when I will join the United Nations as one of its staff members.I used to travel from Isarog Street, Mayon, Quezon City, to UP Diliman where we transferred residence from Project 3, Quezon City. After finishing my OJT, I tried my luck to work as a clerk-typist in one of the bookstores in Manila for a year. Then I was employed as an emergency employee assigned at the Accounting Division and the Inventory Division at the Philippine Fisheries Commission (now Bureau of Fisheries), located at Real, Intramuros, Manila, from 1966-1969. I was able to pass the Municipal Clerk Civil Service examination as well as a junior stenographer but unfortunately could not land a permanent there. I was a working student by then and residing in Malabon, Rizal. I studied at the Philippine College of Commerce, receiving a degree in Commercial Science. This was the college where my secretarial, accounting, management and marketing skills were honed, plus I did a lot of readings during those days.After working at the Bureau of Fisheries, I resigned, then was accepted as a clerk-stenographer at the Philippine Medical Association, a private entity of doctors where the late Dr. Fe del Mundo, the world-renowned pediatrician, presided. There I was able to hone my skills in taking down minutes of meetings of medical conferences and performing secretarial duties. I enjoyed working with the physicians and pharmaceutical firms that sponsored the PMA’s conferences. My employment was from 1969-1970. I decided to resign and found my way to apply at the National Manpower and Youth Council, which is attached to the Department of Labor. I worked as the senior stenographer at this agency from 1970-1974. Not happy with my compensation, I resigned from NMYC and joined the Population Center Foundation, a private entity headed by Dr. Conrado Lorenzo and the former First Lady Imelda Marcos as the Board Chairman, for eight months in 1974-1975. I got married in 1970 and by 1974, I had 3 children (2 sons and 1 daughter). Later in 1977, I had another daughter. My earnings at the time were not enough for the family, although my estranged husband was also employed. I believe the husband and the wife should work hand in hand to survive and provide a good education to their children. I have always had that optimism, hope and deep faith that with God’s grace I would be able to pass the trials in my life. That was the reason I always dream big.

With a passion of serving others both locally and internationally and my knowledge of financial and management principles, I applied with the United Nations Development Programme (UNDP), with its office based at the former Metrobank in Ayala Avenue, Makati, Rizal (now Makati City).Finally, on October 10, 1975, I was employed as an administrative clerk of the United Nations Food and Agriculture, in one of their fisheries projects in Sangley Point, Cavite City, the Fishermen’s Training Center. The fisheries project lasted for almost a year. Then I joined another UN/FAO fisheries project, the South China Sea Fisheries Development Programme, funded by the UNDP, CIDA and SIDA. This project lasted from 1976-1983. From 1983 to 1991, I worked as an administrative assistant of another fisheries project, ASEAN Small Scale Fisheries. After these two fisheries projects, I joined the UN/FAO/UNDP Forestry Project on Tree Breeding and Propagation based at the Ecosystem Research and Development Bureau, UP Los Banos, where I worked with foresters from 1992-1996. I enjoyed working in the field rather than the FAO Manila-based office located in Makati City.From 1997-2003, I joined the Animal Health project on Foot and Mouth Disease located at the Bureau of Animal Industry, Visayas Avenue, Quezon City. This was a project coordinated and implemented by the Philippine Department of Agriculture. From my work experiences in 1975 to 2003 under the UN/FAO, I was able to obtain the thorough knowledge of FAO budget policy and procedures, procurement of equipment, and information systems.In 2003, I retired and joined the international consultancies of UN/FAO. This time I was based in Lao People’s Democratic Republic, first as a management consultant, then as a office administrator/finance trainer until July 2011. In 2008 I also worked in one of the UN/FAO Avian Influenza Projects based in Timor Leste where the country’s security situation was unstable. During that time the country has a population of one million, with several ethnic groups including a Austronesian (Malayo-Polynesian), Papuan and small Chinese community. At first, I thought it was very risky and scary working there. Later, I felt happy working with the Timorese, as 90% of them belong to the Roman Catholic Church, and I would join them in masses during Sundays. I had a humbling rewarding experience working as the International Consultant of the UN Food and Agriculture Organization. There I was able to work with various nationalities. If you work with various nationalities, then you will know their cultures, traditions and characteristics, and you will have the ability to work closely and harmoniously with national and international officials at all levels. Although I was not able to attain my dream of finishing Foreign Service, deep in my heart I felt fulfilled to serve as a UN international civil servant.

I suggest that you, as students of the Arellano High School nowadays, should dream big, aspire for the best, go to the extent of the limits of your capacities, always keep your feet on the ground, and pray to the Lord Jesus Christ so that He will guide and direct you on your dreams. By finishing the college course, you will be able to pursue a future for yourself, your family and serve others as well. My motherly advice to all of you is as follows: Love and respect your parents as you love and respect yourself.Commit yourself to God in the midst of your trials and challenges in life. Study very hard. Learn to use the computer properly; surf the Internet for informative materials, particularly for those subjects under the AHS curriculum.Be thrifty and do not spend your allowance in buying the latest gadgets. Be content with the cellphone with what you have.Avoid envy and be grateful for what you have and for who you are. Stop whatever graffiti you have such as cutting classes. Practice patience in all that you do, be it an assignment or a school project. Always control your anger or impatience. Listen to God’s instructions on what to do in bad situations.Be courageous and "do it afraid," particularly if you want to achieve success in your life. For example, accept student assistance’ jobs to improve your family income and help you finish your high school and go on to college. Pray to God every minute in your life so that He will change, guide and direct you in your dreams. Believe that God is doing something beautiful in your life. He is in control and has a great plan for your life.Use your passion or core gift from God and be firm with your own dream and trust in God’s perfect timing. Know or discover your purpose in life to become successful. Always put your best in all that you do and do it as if it is your last.