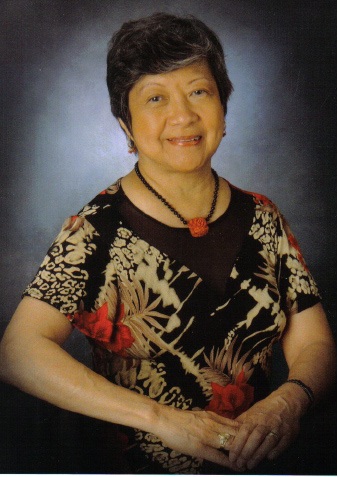 I Couldn’t Have Done It All On My Own

My name is Angelina Alcantara Endozo, my maiden name Angelina Garcia Alcantara. I graduated from the Cayetano Arellano High School, Manila North, in March 1955. I obtained my college degree in Nursing Education from the University Of Santo Tomas, College Of Nursing exactly four years after graduating from high school. I am writing about my high school experiences in the hopes of inspiring high school students to be steadfast in their aspirations of their dreams. I would also like to plant a seed of ambition on "what they want to be when they grow up."

I often hear people say, "High school years were the best times of my life." Really? How were they the very best years? As a 13-year old freshman, I thought they were the most precarious, confusing, demanding, physically, mentally and emotionally draining times of growing up. My body was busy transitioning from a child’s body to a young lady’s. My emotional status was having a tug-of-war between that of a playful child and a demure teenager, as my grandma constantly reminded me to "stay inside the house," or "sit down like a lady." There was a litany of social graces and physical hygiene pointers, instructions on how to do the laundry, shop at the open market, and cook family recipes. Thank goodness I had a great love for cooking. My eldest sister and I (the two eldest of seven children) were assigned chores around the house, although we had hired help. For some reason, I took it upon myself to take care of the five younger ones, especially the baby. Homework time was after dinner, if I were lucky to have enough energy at that point. Little did I know that at that point in my life, I was already exploring all possibilities of my college pursuits.

I loved cooking and planning meals; maybe I would be a home economics teacher. I was good at taking care of the younger siblings, quick at picking up signs of illnesses, and good at recognizing the need for medical attention. Maybe I would be a doctor or a nurse.Sophomore, junior and senior years were more academically demanding. Friendships were formed, and memories made, though there were little fun and games. Girls were neither fighting over boys or vice versa, nor were we fashionistas. Our generation was not party-crazy either, and I don’t remember being bored. I started noticing boys, but that was just about it. I kept telling myself that boys were a distraction, and we would not run out of boys. I wanted to stay focused on attaining a higher education, earn money, and make my parents proud of me.

I wanted to study medicine, but I was feeling guilty that I would be using up the education funds for the younger ones as well; as such, I told my parents I would study nursing instead. I was very focused on my studies, just like when I was in high school. I had a tunnel vision of just looking forward, no boyfriends, no dating, no parties, and it paid off. I was on the Dean’s list throughout college and mostly exempted from final exams because of good grades. Thank you, Heavenly Father.As soon as I passed the Nursing State Board Exam, the University of Santo Tomas Hospital hired me and made me the head nurse of the two medical-surgical units. After four years of employment there, the news was released that there was a shortage of doctors and nurses in the United States, and recruiters were asking for help. I applied and was accepted at Albert Einstein Medical Center in Philadelphia, Pennsylvania.

I believe that God uprooted me from the land of my birth, and transplanted me there to Philadelphia, some 50 years ago, to practice my profession. The rest is history: 1 marriage, 3 sons, and 7 moves to different states due to my husband’s military transfers. I was never unemployed as a nurse. I now have six grandchildren from three sons, am retired, and still reside in this great country, the USA, all because "GOD PUT ME HERE."